Opposition to the Hudson Heights Eruv 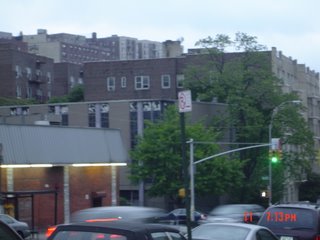 Well, now there is some opposition to the newly operational Hudson Heights ערוב (eruv) (hat tip: LMOM). It's kind of funny that this opposition springs up only now, as it has been known about since the fall (I had already posted about the eruv previously in October and it certainly has been discussed, so this shouldn't be a sudden surprise). Mt. Sinai's website has more information, though what's certainly interesting is the following from the FAQ:

I got an anonymous email forward with a claim of a third-hand conversation with Rav Hershel Schachter claiming he says the eruv is not kosher. Is it true?

We don't pasken from spam. Members of the eruv committee tried to get Rav Schachter involved with the eruv, first as Rav Hamacshir, and later simply to give his opinions before plans were finalized. He repeatedly declined to get involved, and recently ignored any attempts on the part of the eruv committee to speak with him. We therefore have no knowledge of his opinion on the eruv. However, he is not the Rav Hamachshir, and the eruv follows the psak of Rav Wosner. There may be some differences of opinion between them; everyone is encouraged to decide whether to use any eruv based on a discussion with his or her personal posek.

the Eruv is up already???

oh and i'm starting a campaign to re-name it the West Washington Heights Eruv (the East W.H.E. being the YU side, of course). don't give in to that gentrified "Hudson Heights" nonsense!!!!

Q: What's the difference between Washington Heights and Hudson Heights?
A: About a quarter of a mil on two bedrooms, give or take.

why the hell aint i linked to your blog?! you suck! im protesting!

Drew, I got to your blog, and a few others through your posting on Maalot. Was it really necessary to post links to sites (not your own of course) that contain and encourage machloket and blatant lashon harah and rechilut?
Maalotwashington.com is community resource, maintained as a wonderful service to the entire community. Why bring in unpleasantries?

Anonymous,
I think it's a really simple answer: I think staying informed of what's going on is good. If people wanted to be up on what's going on, what better place to post it than to maalot as a community resource. If you know me, It's not my style to "encourage machloket and blatant lashon harah and rechilut", so you can bet that that was not (and still is not) my intention. I didn't (and don't) believe that I was bringing in any unpleasantries, but, again, trying to keep people abreast of the discussion at hand. Feel free, btw, to continue to visit my blog. :)

hello,
someone above made reference to "ask you own posek" etc. i'm really not trying to be belligerent, i'm kind of in the dark about all the politics around this eruv... are there any rabbinical leaders for the MO community? are any of them publically in favor of the eruv? are there any rabbis at all in washington heights that are in favor of the eruv? so far i havent heard of any. can someone please post an answer if they know?
thanks

Anonymous,
The comments thread over at The Town Crier has a lot of information for which you are looking.