Back from TribeFest - There's So Much to Say 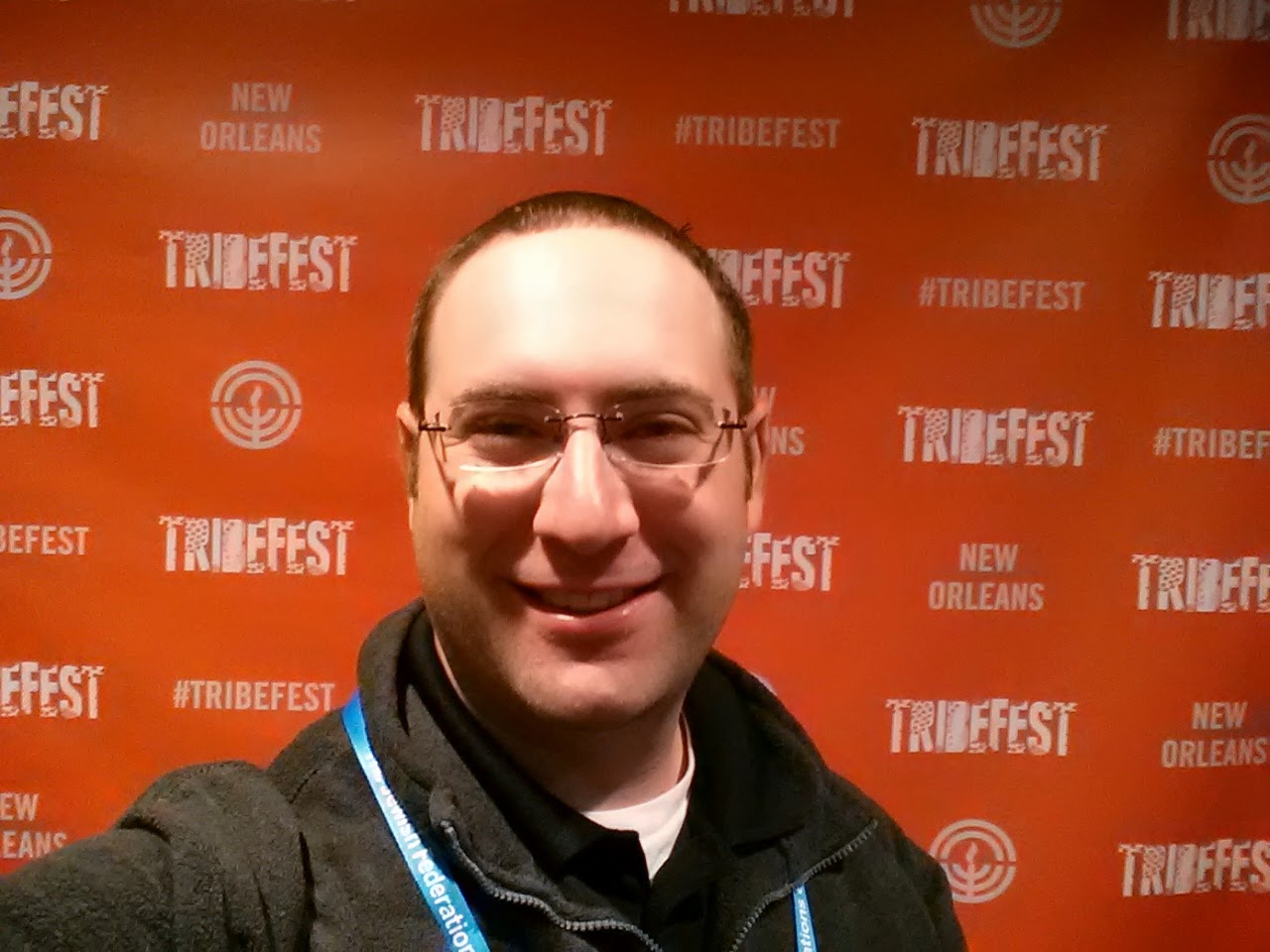 I just got back to Southern California from New Orleans, having attended the third-ever TribeFest, March 16-18.  Having attended the previous TribeFest and finding it be very energizing and enjoyable, I was excited to return to enjoy it.

I had a nice time and it was really great to connect and to re-connect with a variety of some cool people in the Jewish world.  It was such a great experience and powerful.  I not only have a lot of thoughts about it, but I have a lot I am desiring to write concerning it.

Thus, I plan on writing numerous pieces about thoughts, events, etc. from TribeFest, although most of these pieces will appear on Drew's Views.  Stay tuned....
Posted by Drew Kaplan No comments: Links to this post

Excited to Attend TribeFest in Only Five Days!

As you can read from the title of this post, the third-ever TribeFest is set to take place in only five days. Taking place in New Orleans, the huge event for North American Jews, ages 22-45, will be taking place, beginning in mid-afternoon on Sunday and running through noon on Tuesday. Unfortunately, this fantastic event will only last 45 hours - and that includes time for sleeping.... Sadly, it will be over seemingly as soon as it starts :(

I say "sadly", since I remember having had a great time at the last TribeFest, held two years ago. I would actually go ahead and say that it was the highlight of my 2012 (fortunately, I had no children born in 2012, so I can safely say that(!))! I am excited for TribeFest for many of the same reasons I was excited to attend the last TribeFest, although the city has changed from Las Vegas to New Orleans. And even that is great: I haven't been to New Orleans in many years (since before I was married) - having been there four times previously - and dearly miss it, as it is one of my favorite cities.

One of the strange aspects of the scheduling of TribeFest that I noticed when I came across the date was that it was set to begin on Purim. I thought that was strange, at first, since that's a time of people gathering and being involved in community celebration, etc. However, upon further consideration, I realized it would be quite appropriate - consider: hundreds of young Jews coming together on the most festive day on the Jewish calendar to celebrate in one of the most festive cities in North America. That makes a lot of sense, actually. Furthermore, it's quite likely that a lot of them might not be that involved with their own Purim celebrations, were they to be back in their home communities. Finally, it'll be an awesomely huge party and to be able to celebrate it with hundreds of other young adult Jews in a fun environment may not only help ignite their Jewish excitement, but also make it a Purim to always remember (and upon which to look for Purim celebrations for years to come).

Unfortunately, we won't be able to make it there until midday on Sunday, so we won't be able to enjoy all of the Saturday night partying taking place (in New Orleans on Purim night!). Hopefully, we'll have enough time to deplane, get to the hotel, register for the conference and see if we can figure out a reading of Megillat Esther. That was an issue about which I was concerned when I heard of the scheduling of the conference, but, hopefully, we'll figure it out....

One other thing towards which I'm looking will be the tweeting going on: I had a blast tweeting up a storm last time (including being one of the most prolific tweeters there) and I am looking forward to more discussions and information being shared in that parallel space of the conference.

Lastly, I want to make sure I give proper acknowledgment of appreciation that I am fortunately able to go to this year's TribeFest due to the generosity of some organizations and individuals, whom I would like to highlight: the Jewish Federation and Family Services of Orange County is covering my conference registration fees, Long Beach Hillel is covering my lodging while there, and my benefactor, Allen Alevy is lending his airmiles for us to go. I am so thankful to all of the aforementioned for enabling our attendance and participation.

Greatly looking forward to these next several days in anticipation, leading up to TribeFest!
Posted by Drew Kaplan No comments: Links to this post

Having begun using a separate website for the use of posting quotes/excerpts of interest nearly a few years ago, last May, I moved over to Wordpress from Tumblr.  However, I have now moved them once again.  My new "quotes blog" is now at Excerpted.info.  Enjoy!
Posted by Drew Kaplan No comments: Links to this post