Getting More Into Making Videos

Real Estate Videos
When I heard about the power of video for real estate, I knew I had to begin publishing videos about real estate. Having now been publishing real estate videos for over a half-year, I still have more coming up.

That, in itself, is not particularly noteworthy. 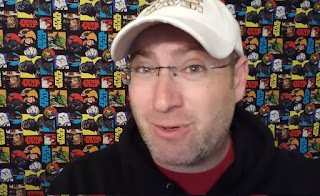 Surprisingly, however, I received a lot of compliments on my videos. What I hadn’t realized was that not a lot of other real estate agents were publishing videos, at least not here in Cincinnati.

A Few with Drew
A big jump for me recently, however, has been doing my daily Coronatine project, “A Fewwith Drew”, a [nearly] daily video of 3-5 minutes speaking to the camera about a few topics and possibly with drink in hand (whether coffee, tea, beer, whiskey, etc.). Inspired by Gary Vaynerchuk’s “Tea with Gary Vee”, I decided to embark on this project, but I knew I didn’t have the time nor did I have the energy to engage in another video project involving editing. So I decided to do something I’ve never done with video-production and publishing: no editing.

Background
For some context, I began playing around with publishing videos in 2008-2009 (which also happened to be my final year in rabbinical school), on a few topics, but also did a weekly vlog post for 26 weeks (yes, a full half-year). (Here's one of my final ones, following that 26th weekly vlog post.)

(While I had a lot of enjoyment as a kid recording videos of various things (including videos of me shooting hoops and playing other sports with friends (I remember having a great clip of a really awesome badminton move with a friend)), there wasn’t a lot of editing, although I did sometimes hook up two VHRs and copy over certain scenes from one VHS casette to the other one (such as that badminton highlight), but none of that was in the era of publishing to the Internet.)

Following that vlogging experience, I then did my 30 Videos of 30 Drinks by a 30-Year Old, which was a cool project, which also got me an article write-up in an Israeli newspaper, but the most important takeaway for me from it was thinkingabout my speaking to the camera, especially in seeking to decrease or even eliminating filler words (e.g. eh, um, uh) from my speech, even if just on-camera. Of course, it also helped my video-editing skills through practice.

At this point, when people ask which software I used for video-editing, the answer is simple: I used Windows Movie Maker, which had come with my computer. That’s I got my start with video-editing - on a simple, video-editing software.

In 2013-2014, when I began editing and putting together some Star Wars material, I was looking around for some software online that would convert certain video files to other video file formats and stumbled upon one that also had a video-editor associated with it. Having downloaded it and liking it, I paid some money for the license to it. This software was Wondershare’s Filmora, which worked nicely.

While I would occasionally publish a video here or there over between 2014 and 2019, I really didn’t work on it much.

That is, until I began working on my real estate videos, as well as the JewishDrinking podcast videos.

“A Few with Drew” Serves as Catalyst for Further Videos
Having seen how easily I can make videos and publish them with no editing has served as a catalyst for considering how much more video-production and publishing I can involve myself in. The clearest example is having begun publishing a couple of Star Wars videos, especially on books. While those were directly-inspired by my “A Few with Drew” videos, as they involved no post-production and removed the friction of taking the time and energy to edit them.

Taking the lesson of my cocktails videos project of seeking to remove filler from my speech, at least on-camera, I have sought to eradicate any filler from my speech on-camera for the “A Few with Drew” project, which I haven’t fully perfected, but have definitely been improving. Taking this non-editing approach has enabled me to make more Star Wars videos, even if I need to be quite mindful regarding speaking to the camera without fillers and really knowing what I need to speak to the camera, as if it will be a complete product right there.

While I plan on doing some more with a bit of editing, certainly for these Star Wars bookvideos, I can do it with less friction for my own energies and time, which is great, and which I hope yields further Star Wars video content.

I am now also tempted to create more video content on Talmudic topics. While I have a broad interest in Talmudic texts, I really probably should focus it for JewishDrinking.com on Jewish drinking texts in the Talmud. Perhaps, at a later point, I can branch out.

For the time being, I am now excited about this “unlock” of ease of video-publishing that I had made more difficult for myself by necessitating or at least thinking I needed to edit any of my videos prior to publication.

Stay tuned.
Posted by Drew Kaplan No comments: Links to this post

I still remember sitting and struggling to research podcasting mechanics 3-4 years ago and trying to wrap my head around podcasting (if you must know, I was having a hard time understanding where to deposit the podcasts and how podcatchers work),* and thinking that I basically understand recording and editing, but was struggling with exactly doing those things. However, a larger struggle I was experiencing at that moment was what the podcast would be – my mind was heading towards a Star Wars podcast.

For those who know me, I am excited about sharing my knowledge of Star Wars and discussing it with fellow fans, and have even appeared on another Star Wars podcast, yet I had concerns: there are already so many Star Wars podcasts out there – what would my podcast add? Also, why? Just because I wanted to do a podcast? That’s enough of a reason for beginning a podcast – why would anyone want to listen? Also, I’m not the most on-top of Star Wars news, etc. as I know I could be and that others out there are already doing.

Last April, I posted on this blog that I was thinking yet again of podcasting and had no longer been desiring to podcast about Star Wars, but was turning to Jewish textual topics. Here, there is a wide-open space for content, as I could easily come up with a dozen different topics that are both interesting and that I could speak knowledgeably on, get guests, and that are not being handled elsewhere (e.g. an entire podcast about Pirkei Avot).

Finally, September rolled around and I was inspired to create JewishDrinking.com,** but was mainly thinking about the written content, especially what I had previously published elsewhere, which I imported to the website. However, I was dragging my feet on other media until a phone conversation on September 13th with someone who urged me not to worry about technological concerns, which could either be solved by purchasing equipment, renting out equipment, or finding spaces with equipment available. I then realized I didn’t need fancy equipment for podcasting – I could just shoot a video, edit the video (which I’ve done before), take the audio out of the video and figure out some podcasting website to publish it. That night, I then shot and edited my first episode, which I then published.

Since then, I began reaching-out to potential guests, scheduled our Skype or Zoom sessions, recorded them, edited them, and, as of yesterday, hit the 25th podcast episode’s publication! (All 25 of them are available here.)

One of the coolest aspects of these episodes is both connecting with other people seriously thinking about these drinking aspects in Jewish history, tradition, and more! Whether they are academics, fellow rabbis, or others, it’s been enjoyable to both connect with them, learn about their fields, and, above all, bring all of these disparate conversations into a single place where people may not have known about such matters.

Weirdly enough, in the half-year since beginning the podcast series, I’ve been surprised to see that this is the main content I am publishing on Jewish Drinking – who would have thought that I would be less interested in blogging than in producing audio and video content?

I am excited for what’s coming down the pipes for Jewish Drinking and am excited to have crossed this milestone, and looking forward to more podcast episodes!
Posted by Drew Kaplan No comments: Links to this post

One week ago, while out for a walk, I was listening to a “Tea with Gary Vee” episode and got inspired to do something new during this “Coronatine” era we are currently experiencing.

“Tea with Gary Vee”
While I have written before about my newfound appreciation for Gary Vaynerchuk’s content, he has a new daily show called “Tea with Gary Vee”, which is a two-hour “call-in” show, where people Skype/Zoom/whatever tele-call in to ask them their questions about what they can be doing for their businesses/professional aspirations during this challenging time. It’s a clever idea.

More Videos?
While listening to it, one of the callers had asked him about building her business/brand and he said start a podcast, do something new, just like he was doing. While I already have a podcast going, I decided I don’t need another one. While I do weekly videos, do I need more video projects?

“A Few with Drew”
However, it dawned on me, what if I just do a simple video, without any editing and just publish that? I then came up with a simple concept: daily 3-5 minute videos of me chatting about a few topics, including what’s going on with me, but also open to listener/viewer questions. I went with the cute moniker, “A Few with Drew”, referring both to a few minutes with me, but also a few topics.

Live Zoom Chat
So, one week ago, I began this project, and, after the first video, someone commented I should have a live Zoom meeting where we get together and drink and chat, so I created a Zoom meeting for last evening.

Keeping the Conversation Going
Amidst the chat, which actually got a few people to attend(!), we discussed a few things, including Star Wars and more and...it was suggested we continue this group beyond the Zoom meeting chat. Someone else suggested we use Discord to keep the conversation going!

So now, there is a Discord server with separate topics, including Star Wars, Jewish Drinking, and there will be more. Oh, and we plan on continuing the Zoom meeting chat on a weekly basis.

It’s unexpected what can happen when trying new things!
Posted by Drew Kaplan No comments: Links to this post