Eight years ago, while in rabbinical school, the focus of our studies centered around the Jewish practices around menstruation.*  During that time - fall-winter 2006-2007 - I had a lot of thoughts concerning what we were studying and - what I consider to be - some interesting reads of the the texts of our tradition.  However, for whichever reasons, I did not write about many of them.

While I wrote about one such topic concerning a Talmudic text ("White Days") and also a couple of topics, as well ("My First Attempt at a Critical Text" and "Explaining My Disgust with the term "'Family Purity'"), there are certainly other texts I had encountered during my time studying this topic about which I have kept wanting to write.

So, I am hoping (but not promising) to write some more about this topic, primarily concerning rabbinic texts, although I may be discussing some medieval texts, as well (very useful for rabbinical students!).  All of these posts will appear on Matters of Interest.

------
* Years later, I was amused when I was speaking with my local Moishe House about doing a program on menstruation in Judaism that they were utterly shocked that we had spent time - let alone so much time - to Jewish women and their menstruation.
Posted by Drew Kaplan No comments: Links to this post 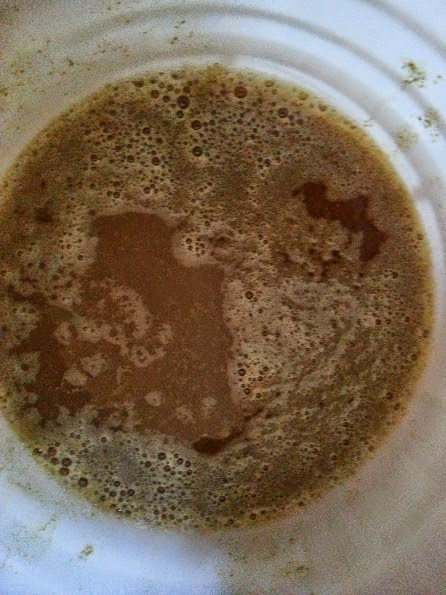 Yesterday, I brewed my fifth batch of homebrew beer and, just like my fourth batch, I used California Ale Yeast (White Labs WLP001), although I decreased the amount of extra pale malt extract to only 6 pounds, making this the lightest amount of malt extract I will have used in my brewing. Although I was pleasantly surprised with my previous batch, I still thought it was a bit on the malty side, so I sought to reduce the body of it. Plus, this batch will be ready for the football season, for which I would prefer a more sessionable ale!

My hops schedule is as follows:

Hopefully, it ferments nicely!
Posted by Drew Kaplan No comments: Links to this post

Surprisingly Satisfied with My Fourth Batch of Homebrew 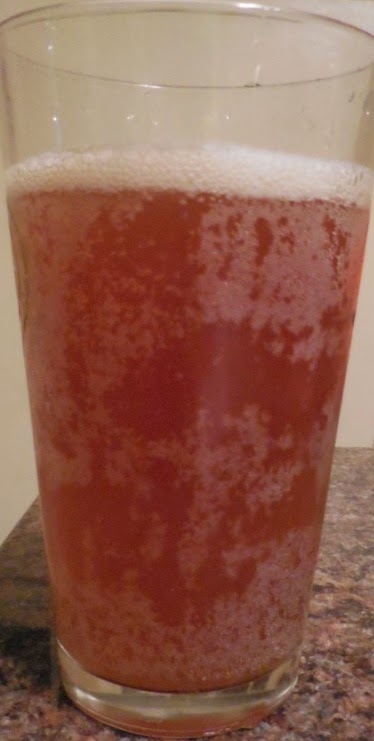 Over a month ago, I brewed my fourth batch of homebrew beer and am actually surprised how well it turned out.  Really my first thought on drinking it was that I was surprised that any deficiencies it has are not readily noticeable.  My first batch and my second batch were to heavy on the body and the third batch was better, yet I was not a fan of what the Belgian ale yeast had done to it.  Also, as opposed to the earlier batches, I don't have to worry about the foaminess overflowing (the second batch was crazy), as this has a mellow foaminess on top.

The body is pretty solid - not light, but not heavy, either.  It's got a really good amount of hops, which is noticeable (but not overpowering).  I think there's some slight fruit aroma to it.  One drawback (for me) is that it is still a bit on the malty side, but it's certainly a lot easier to drink than my previous batches!
Posted by Drew Kaplan No comments: Links to this post


With the summer Hillel Institute going on this week, I realized I have not yet shared my thoughts on last year's Hillel Institute (no time like the present!).  At the time, I had not known that it would be the last full Hillel Institute with all staff present (and which I will miss), but I enjoyed it, nevertheless, with it being my fourth consecutive such conference in the summer with fellow Hillel staff.

To begin, I was very glad that those who put last year's conference together decided to rethink how Hillel Institute runs as opposed to the prior three years. I am thinking primarily of getting rid of the Track Sessions, which were the focus of the conference in which we were with our staffs with a few other Hillels and going through some thinking about our Hillels and moving forward for the year to come. Not only do we not need to do it there, but it was, largely, a waste of time and frustrating and we could be gaining tangible elements to bring back with us and by which to be enriched.

They did so with giving us options, which was splendid! There were two majors which had three sessions and a minor which had two parts.

The first major session I attended was on Jewish Professional Development, which was with a bunch of rabbis, so it wasn't the typical group.  In the first two sessions, the discussion leaders "lifted up the hood" on the curriculum so we could go through it, which was interesting to see it from that perspective, which is also helpful in seeing how they had put together a curriculum for new professionals to consider their Jewish identities.
The third part featured Rabbi Daniel Smokler, which was amazing and, clearly, the highlight of the conference for me.  Rabbi Smokler led a discussion, in which we flew through ideas, tools, and methodologies for our work and understanding young Jews.  It was very impressive.  His whole talk deserves many, many words, but, instead, you can listen to it for yourself (which he graciously permitted me to record).

There was an option of a lunch and learn session - I chose to go listen to the one in which Rabbi Smokler was speaking and it was a great discussion.

The second major I attended was on fundraising ("development"). I was hoping it would be about making asks, conversing with donors - skill sets for raising money. Well, apparently, that had been in the first time slot (while I was in the Jewish Professional Development session); however, mine was for development professionals  about thinking about time spent on development and coming up with a development plan etc. so I left in the middle of the second session to go make better use of my time and schmooze.

There were also a couple other sessions with just rabbis, however, they mixed in some rabbinical students and non-rabbi Jewish educators, so it did not have the same flavor as being with just rabbis, which was not as powerful as in previous years in which it was just rabbis.

After having gone to City Museum for three straight years as a night out, it was very good for us to not return.  Don't get me wrong, I enjoy City Museum and it's great to go once or twice, but four times would have been too much.  Instead, we went to Dave and Buster's, which was great, especially since they had an open bar :)

The "minor" that I attended was really, really good!  I was very impressed with the Berkeley and Princeton Hillels for not only coming up with qualitative metrics (which is, apparently, rare amongst Hillels) but also skillfully weaving it with their vision, goals, mission and strategies. Some of the staff had shared that having goals helped them have a clearer sense of their roles and towards what they were all working.  Afterwards, it dawned on me that the phenomenal material and ideas shared would be amazing for ALL Hillel staffs to be considering.  I hope they will continue to share their great work.  It also got me to think about one of the aspects they shared - surveys reflecting goals and what we want students to come away with.

Some other reflections about the conference:
I don't know if I will ever return to Hillel Institute in St. Louis, but the fourth of the four that I had attended was certainly a high note :)
Posted by Drew Kaplan No comments: Links to this post