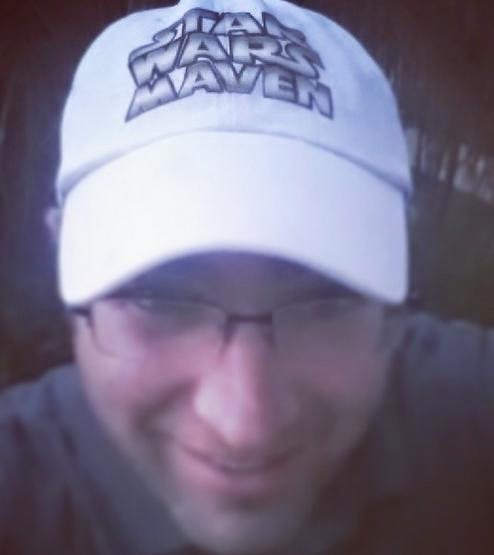 With my creation, last week, of the Star Wars Maven website, I felt that I probably needed to write about my Star Wars interest.
Growing up, I watched the original trilogy, which was conveniently recorded on VHS from television broadcasts (from USA Network?) (not the highest quality, by the way) and enjoyed them, as well as having an Ewok book of some sort.  That was that.
When the original trilogy was re-released (the special editions) in the mid-late 1990s, I was excited and went to see them in theaters, which was great - since it was not only on the big screen, but also a high visual quality.
When the prequel trilogy was released, I saw all of them in theaters on their first night of release (midnight for the first two and 3am for Episode III (the midnight showing was sold out - on the plus side, I arrived to school early immediately afterwards)), which was great.  By now, I still considered myself a run-of-the-mill fan.
Before the release of Episode III, I had also watched Star Wars: Clone Wars, which was quite enjoyable and a great narrative bridge between Episodes II and III.  When people watched episode III, I would tell people about this series to provide some background, but most people were merely interested in just the movies.
In the summer of my getting married, I had some free time and decided to watch everything else Star Wars there was: the Star Wars Holiday Special, the two other Endor movies, the Droids series, and the Ewoks series (all things now non-canonical).  I realized why these had not gotten as much attention, but at least I could claim that I had seen everything Star Wars.  It must have been my coming to understand that the Star Wars was bigger than merely just a couple of trilogies of movies and enjoying them.  I think there was also something about knowing a fair amount about them and sensing that I knew more about star wars than most people....
However, this was further enhanced when Star Wars Episode I came out in 3D in theaters and I was speaking with my fellow watchers about Star Wars Clone Wars bridging Episodes II and III, that I had to share it with them.  so, we had a Star Wars Clone Wars watching, accompanied by my serving up some cocktails to accompany the watching.
Then, in June, I held a Boba-Fett watching party, which was good. I followed that up sharing my really edited down combined version of Episodes I & II in the fall.
What led, ultimately, to my creating Star Wars Maven was the birth of my third child and the realization that there's very little time to get things done and I could end up pushing off all of the things I want to do - so I created DrewsViews.info and decided to carve out a weekly posting for Star Wars. That was going well and enjoyably so, but I realized - in viewing other Star Wars blogs, that I enjoyed that it was just about Star Wars - that I needed to do that, too, and keep it just Star Wars.  So, this led me to spinning off the Star Wars Maven blog. This definitely affects what I will be doing for my Star Wars Wednesdays posts and, for the time being, I am going to experiment with, instead of leaving Wednesdays empty post-wise on Drew's Views, posting a summary post about Star Wars Maven posts....
Posted by Drew Kaplan No comments:

The second batch of beer that I brewed has come out, thank God, drinkable, just as my first batch did.   However, that doesn't mean it's anything near as good as I hoped it would be.  For starters, it also came out really heavy, as had my first batch, which is largely because of how much malt extract I put in.  I was hoping that it would have a higher alcohol content due to the increased amount of malt, but it largely ended up being simply having a bigger body and heavier to drink.  Since I am not a fan of such big-bodied beers (although I am partial to Stone's Old Guardian Barleywine), I shouldn't have brewed so much malt.  This also made it fairly unsessionable, which is disappointing for a homebrew....
Another issue with it, which is shockingly apparent as soon as one opens the bottle, was that it came out way too foamy.  My brother-in-law chalks it up to having a lot of the malt not having being consumed by the yeast in the fermentation bucket, so that when it was bottled and sugar was added, it got super foamy.
Now that I've gotten through the bad points, let me say two good things about it: 1) the hoppiness was good. 2) There were some nice fruity flavors that came through, owing to the Belgian yeast I used.
Ah well, now I've got to try to get rid of my beer in the next week before Passover.  Following Passover, I will move on to, hopefully, advance my beer-making skills :)
Posted by Drew Kaplan No comments: