Wiping Oneself in the Talmud

After having posted this initial posting on the topic of wiping with one’s left hand in Jewish law by briefly answering an anonymous query, I hadn’t thought it would generate much interest. However, since it has been brought up at the Canonist, I figured I should go through with the rest of this discussion, if at least on some sort of cursory level (albeit more in-depth than in the previous posting).

The discussion in the Talmud
There are two beraisos recorded (on Berakhos 62a) that start off the discussion of this topic of wiping with one’s left hand. The first one says that Rabbi ‘Akiva said that one time he went in after his teacher, Rabbi Eliezer, and he learned three things from him, one of which was that one wipes only with one’s left hand and not one’s right. Following that, there is a similar text where Ben ‘Azzai describes a similar thing with Rabbi ‘Akiva. After a short interlude, the Talmud anonymously inquires as to the reason behind this practice. Four amoraim (generation in parentheses) suggest answers as to why this is.

Rava (4) (DK - the greatest figure in the Babylonian Talmud) said, “Because the Torah was given with the right hand, as it is said, ‘from his right hand, a fire of religion’ (Deut. 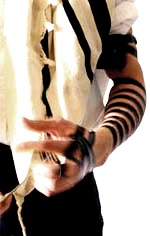 A brief discussion of the selection

What seems evident is that it was certainly important that one should wipe with one’s left hand, rather than use one’s right hand. While Steven I. tries to figure out what the material realia was of the time such that it would distinguish such a practice, thus negating any necessity for it to matter with which one hand one ought to wipe oneself, the sages cited up above mostly saw it in a religious manner (with the exceptions of Rabbah bar bar Hannah, Rav, Rabbi 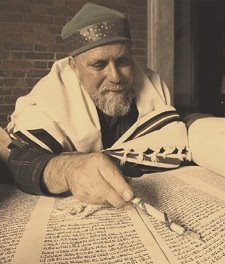 Yehoshua, and Rabbi Eliezer) (no, I’m not saying Steven I. is wrong, I’m just not pursuing that path in this current context). I only plan on discussing in this posting and discussing the above Talmudical data, although as with anything else in halakhah, there is more to be seen, such as in the medieval halakhic literature and the subsequent “codes.” As I typed in the previous post, it seems that one should follow it. However, Steven I. does raise a good question: whether or not the hand, itself, wiped, or whether it wiped with something. Assuming that that’s a moot point for now, there are still other issues at hand (no pun intended).
For Rabbi Shim’on ben Lakish’s position, what about those who do not wear tefillin, such as most women? Would that not be a desideratum? Also, what about lefties, who, for them, it would be the opposite?
For Rabbi Yehoshua (and Shmuel in MS Oxford), what about a lefty? Would they do the opposite? We could also ask a similar question to those who discuss eating – what about lefties? I think for all these lefty questions, we could probably answer that a lefty’s right hand is like a righty’s left hand.
In any event, while Rava’s suggestion doesn’t matter for male or female or for righty or lefty, although it has no daily physical importance, but rather because of a special metaphysical occurrence, which is certainly distinct from all of the others. Furthermore, it would preclude any sort of physical issue of toilet paper, for instance. His suggestion is certainly quite an amazing חידוש (novel conception), differing from not only other amoraim, but also the tannaim.
Anyway, that’s a start on the idea and I hope it serves well.
----------------------------------------------------
Tags: Judaism, Jewish, halakhah, halacha, halachah, halakha, Jewish law, Orthodoxy, wiping, Orthodox Judaism, tefillin, Talmud

Drew - You missed my point. It's not the same act today as it was 1,500 years ago. The spiritual relevance of the act as done back then can't be reasonably compared to the same act now; they're fundamentally different.