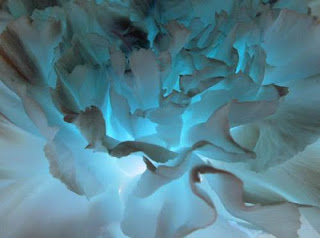 Although we only have a few recorded disagreements of Shammai and Hillel from two millenia ago, we have hundreds of recorded disagreements of their followers, the Academy of Shammai and the Academy of Hillel. From these academies, the leaders of the post-Temple destruction era emerged, so they are not insignificant within the intellectual history of Judaism (e.g. they are mentioned the 8th and 9th most times in the Mishnah out of sages).
The locus classicus for understanding why Hillel's students eventually prevailed is the following (Eruvin 13b):

While we see that his students embodied Hillel's most distinguishing characteristic of humility, which we see in a set of two beraisos on Shabbat 30b-31a, the statement also mentions peacefulness (which Hillel says one should love and chase (Avot 1.12) and that they mentioned Shammai's words first.
One of the other most interesting elements of this text is that it says they were both words of the living God. Prima facie, this text underscores the importance of allowing for multiple views within [Rabbinic]* Judaism. However, an often overlooked facet of the academies' disagreements was that they were the leading Pharisaic schools. So we actually don't know much of any opposing views within their camp. However, and more importantly, we don't know what some of the other groups' opinions/views were, which includes the Sadducees, the Essenes, the early Christians, the Boethusians, and more.  What emerges is that when the heavenly voice speaks announcing that these and these are the words of the living God, there may be an implicit exclusion of those and those (or those and those and those, etc.).  Thus, for the rabbis, there is room for disagreements and still be included within the range of acceptable opinions, but it does not mean that all opinions that are voiced fall within the acceptable range.

* I know that the academies were Pharisaic, so they were actually more correctly called Proto-Rabbinic, but they were seen as foundational sages for the rabbis.
Posted by Drew Kaplan