R' Shafran, Sully, and Me 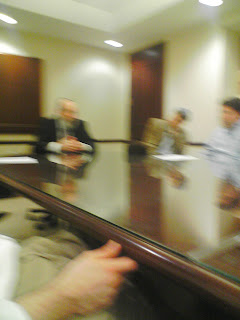 Three weeks ago, the upper two classes at my school went on a fieldtrip to the Agudas Yisrael offices to meet with Rabbi Avi Shafran, as part of our Larger Jewish World Class. While there, I learned a new term ("pro-school choice"), amongst other things. At one point, he mentioned his "Bernie, Sully and Me" article (which was taken down from the Web (although still available here)), which he said sometimes, he works at trying to be provocative, but he can sometimes go too far. Clearly, he said, based upon the reactions to his article, he felt he had gone too far and, thus, removed the article from the website where it appeared.
However, Shafran made an interesting statement therein. When Chesley Sullenberger landed US Airways Flight 1549 several months back, I was wondering why people were calling Sullenberger a hero - he was doing what any of us would've done. Indeed, Shafran agrees:

He saved 155 lives, no doubt about it, and is certainly owed the gratitude of those he saved, and of their families and friends. And he executed tremendous skill. But no moral choice was involved in his act. He was on the plane too, after all; his own life depended on undertaking his feat no less than the lives of others. He did what anyone in terrible circumstances would do: try to stay alive. He was fortunate (as were his passengers) that he possessed the talents requisite to the task, but that’s a tribute to his training, and to the One Who instilled such astounding abilities in His creations (and Whose help the captain was not quoted as acknowledging). Basketball players are highly skilled, too – and heroes, in fact, to some. But I have never managed to understand that latter fact.

Anyways, it was nice to know that I was not unique in my thinking on this issue - not that what Sullenberger did wasn't special.
Posted by Drew Kaplan

If that's true, then there are no heroes. I don't want to live in a world like that.

And his weak excuse aside, it looks like Shafran actually believes the nonsense he wrote.

And to say "that's what any of us would have done" is presumptive and smacks of arrogance, not to mention that very few of us are qualified pilots- so we *couldn't* have done it. That's like saying, "Oh, I would have found the polio vaccine too, if I lived sixty years ago and had extensive scientific and medical training."

Nachum,
I think what he meant was if any pilot were in that same situation, they, too, would've tried saving the flight, not that anybody in the sense of even non-pilots would've been able to have done so.

What should we make of "whoever saves a life, it is considered as if he saved an entire world"? only if it involves a moral choice? only if he acknowledges God's help? And yes, he does meet at least some textbook definitions for "hero". So one has to wonder why Shafran thought it important to publish rather mention to a friend on the subway.

But this is trivial compared to the point of Shafran's article: "I confess to harboring some admiration for Bernard Madoff. And to make things worse, I can’t muster much for Captain Chesley “Sully” Sullenberger".